Young and extremely talented, Subuhi Joshi was born to face cameras. She marked her first appearance on the Indian Television at the age of three in a show named “Nimantran” telecasted on Doordarshan. Born in Mumbai and brought up by a single mother, Meenu Joshi, who also happens to be a TV actress, Subuhi graduated her Honours in English from Delhi University. 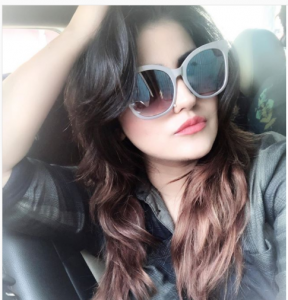 THE RAMP OF HER CAREER

It wasn’t until then she completed her studies, Subuhi returned to Indian Television in 2010 through a reality show “Big Switch” featured on Bindass. She also happens to be a part of two other reality shows “Splitsvilla Season 6” and “UTV Bindass Video Wars”. Although, Subuhi was seen in various reality shows however she gathered the limelight only after competing for the title of splitsvilla. It is then her career started to unlock several opportunities for her and she never looked back since then.

Whether it is “Bh Se Bhade” on Zee TV, “Warrior High” on MTV, “Comedy Classes” on Life OK or “Love Dosti Dua” on Big Magic, Subuhi became a popular face through these various shows she appeared in.

Apart from that, Subuhi also acted interesting roles in few episodes of numerous TV shows like “Pyar tune kya kiya” on Zing, “Emotional Atyachaar”, “Confessions of Indian Teenager” and “MTV Gumrah: End of Innocence” to name a few. Not to forget, she also showed up in Splitsvilla Season 8 as a wild card entry.

While others may just be a fan of music, Subuhi happens to be a crazy worshipper of music. She took up events as DJ and has rocked them all proving her enthusiastic passion and devotion to it. She has collaborated a music video with the famous Indian Cricketer Harbhajan Singh followed by another video with Harshit Tomar named “Woofer”.

AS THE BEAUTY, SO IS THE HEART

Indeed, the glamorous Subuhi has a pretty impressive acting as well as musical history. She had also worked for various print advertisements and has killed the ramp walks as well. However, what separates this beautiful, courageous and passionate lady from others is her will to step ahead in terms of both career as well as the wellness of the society.

Subuhi launched her own online biweekly show named “Awesome Twosome” in collaboration with her fellow contestant Shatakshi Joshi from Splitsvilla 6. The sole purpose of the show was to connect with today’s youth and provide them the much-needed support.