Sourabh Patel is one of the commoner contestants entering in India’s most controversial reality show ‘Bigg Boss season 12’. He is participating in the show with his best friend ‘Shivashish Mishra. Sourabh is a farmer whereas Shivashish is an Indore based entrepreneur. As per the reports he has tried working as an actor and worked under Shadman Khan as assistant casting director.

Sourabh Patel, also named as Sahil Rameshwar Patel was born on 1986 in Jabalpur, Indore, and Madhya Pradesh. He belongs to a conservative Patidar family. He has completed his schooling from Jabalpur. As he is a farmer, he has around 400-500 acres of land in Jabalpur, Madhya Pradesh. He does farming of different crops like wheat, sugarcane, arhar, masoor etc. 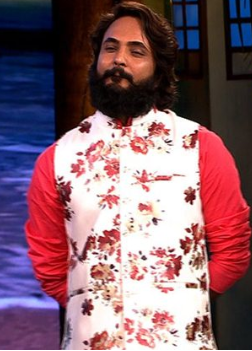