Sneha Ullal is a glamorous actress of Indian film industry who has appeared in various films of Bollywood and worked in Tollywood also. She is a lovely fun loving woman who is very conscious about her health. She is a yoga expert.  Sneha Ullal never thought of working in Bollywood as she didn’t know about Bollywood. She always wanted to work in English movies. 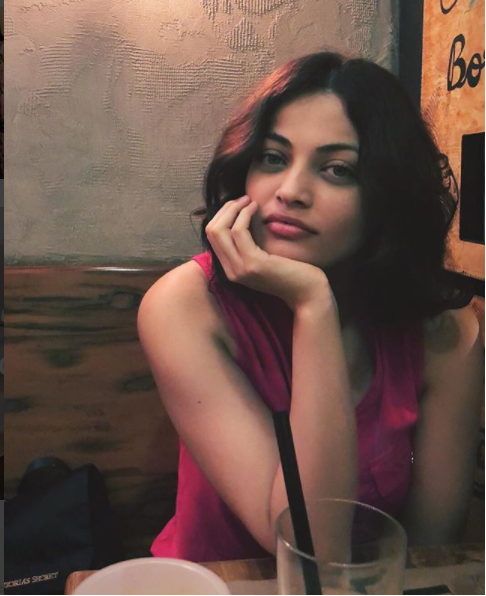 Sneha Ullal was born on 18th December 1987 in Muscat, Oman. Her father, Nitin Ullal is a Tulu speaking man from Mangalore, India and her mother’s name is Usha Ullal who speaks Sindhi. Her father worked in a massive construction company located in Oman whereas her mother moved from Mumbai along with her sister. She had done her schooling from Indian School Wadi Kabir and Indian School, Salalah in Oman. Then, she returned to Mumbai along with her mother and continued her schooling at Durelo Convent High School. She studied in Vartak College. Now, she lives in New Delhi.

During her studies in Vartak College, she met Arpita Khan in college, the stepsister of the most successful superstar of Bollywood, Salman Khan. Her friend gave her an opportunity to work with Salman Khan. She looks quite similar to Aishwarya Rai and hence, Salman Khan was impressed with her. She made her first Debut film, “Lucky: No time for love” with Salman when she was merely 18 years old. Also, she did another movie “Aryan” with Sohail Khan but that movie couldn’t do well on box office. Thereby, she gave a thought that she was too young to go for Bollywood and therefore she took a break from her acting. After her break, she again appeared in Tamil movie “Ullasamga Utsahamga” which became super hit blockbuster and then she became a famous figure in South India.

She signed another Telugu movie, “Nenu Meeku Telusa…?”  She also made a guest appearance in opposite to Nagarjuna in the song Nuvvu ready in the Telugu movie “King”.

In 2007, she was supposed to play a part in Pirate’s Blood by an inventive horror filmmaker and character actor Steg Dorr. In interviews, Dorr would say “we canceled them because of a hurricane. We could not get it going on and the financing fell through.” Later, another Oman actress Maimoon Al-Balushi got this opportunity to work in this particular movie.

Also, sometime later, she signed a film “Kaashh..Mere Hote” to show her interest in Hindi Cinema. She couldn’t satisfy the audience with her performance in her next few films but in 2010 she did a comeback in her new movie “Simha” opposite to Balakrishna and it turned out to be a charted blockbuster in Bollywood.

Sneha Ullal is a great lover of Mexican food. Her favorite superstar is Akshay Kumar and her favorite actress is Kareena Kapoor and Trisha Krishnan. Her favorite movie is Jo Jeeta Vohi Sikander. She had the dream for opening a hospital for animals. Earlier, she was a non-vegetarian but after watching a killing of goat, she turned to vegetarian.