Siddarth Kaul is a popular Indian cricketer. He was an integral part of the Under 19 team that won the 2008 under 19 world cup with the amazing captaincy of Virat Kohli. He catches ten wickets in the tournament at the average of 15.40. 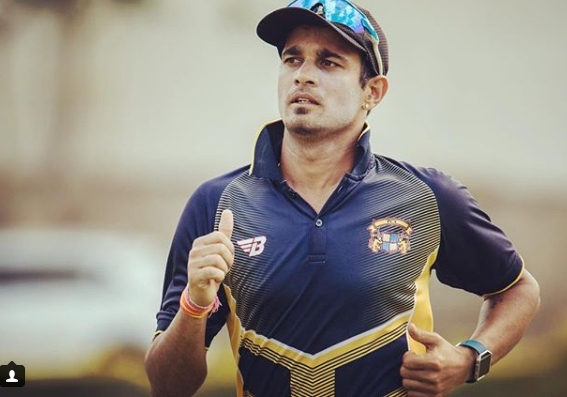 Siddharth was born on 19 may 1990 in Pathankot, Punjab, India. He was born in India but belongs to an Indian Canadian community. Siddharth Kaul’s father played for three seasons in the 1970s for Jammu and Kashmir. His brother Uday Kaul is an under 19 Indian player who played the Under 19 match against England.

Kaul started his cricket career in the year 2007-08 for Punjab for the Ranji Trophy. Siddharth is a medium pace bowler with a velocity of approx 124km/hr speed. He has started his first-class debut in 2007 for Punjab. Kaul has always established himself as the leading wicket-taker in the matches and follow the instructions of his captain wisely. With the presentation of his brilliant performance he got an opportunity to play in the team of Kolkata knight riders in the Indian premier league. He gave away 15 runs to MS Dhoni in an IPL game between Sunrisers Hyderabad and Rising Pune Supergiant.

For some time Kaul career has fall downwards. He played six domestic matches across formats between December 2007 to February 2012. He increases his fitness and firm by taking 38 wickets in 13 matches in the year 2012. He drew inspiration from Yuvraj Singh and proved to be an asset for the Indian team.