Shravan Reddy is a one of the charming TV personality as he is an Indian television actor and reality TV show contestant. Shravan Reddy born and brought up in Hyderabad and moved to Mumbai at the age of 19 to become an actor. He made his debut as Nakul in SAB TV’s Jersey No. 10 in 2007.He then acted in Yahan Ke Hum Sikander and “Mere Ghar Aayi Ek Nanhi Pari”. Due to the accident, his career went to the pause but after 4 years, he came back with double energy on the TV screen 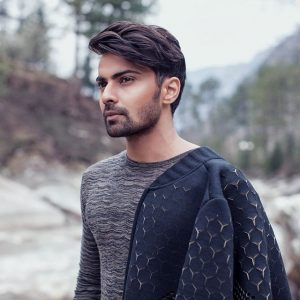 Sharavn Reddy is a Hyderabadi boy. Yes, you read it right, He born is Hyderabad, Telangana, India. His hometown is same place he born. His birth of date is 20th July,1980. He is 29 years (2017) and soon going to touch 30 in july’2018. There is no much information about his family as he likes to keep his personal matter within himself. There is a very interesting thing about Shravan that he doesn’t keep a wallet with himself and always carry a big bag of food with himself as he is the extensive foodie.

He started of his career as Nakul in SAB TV’s Jersey No. 10 in 2007. Further, he acted in “Yahan Ke Hum Sikander” and “Mere Ghar Aayi Ek Nanhi Pari”.His acting career was then interrupted for 4 years due to an accident. Shravan Reddy made a comeback in 2013 with roles in “Yeh Hai Aashiqui” and MTV Webbed. After that, he took part in the reality TV show “Splitsvilla”.His acting performance as Neil, the happy-go-lucky guy in “Dosti… Yaariyan… Manmarziyan” (2015) rose to popularity worldwide. He was part of celebrity cricket team Chennai Swaggers on Box Cricket League season 2.In 2016, Reddy appeared in the role of Aryan Pradyumna Vidyadhar Rao on “Krishnadasi” which was highly appreciated by Indian audience.

Sharavan Reddy is currently single and not dating anyone. But in an interview when the interviewer asked him what if one day you caught between two girls? He said politely by maintaining his smile and commented, “Well if I ever get caught between two girlfriends then I will ditch both of them and start dating a third one (laugh).” He added further “See, I hate any form of confrontations or arguments, hence, if they start questioning me, I might just move on with a third girl (laughs). On a second thought, if both my partners are comfortable with me having another relationship, then I won’t mind at all (wink wink).”

With this, we can definitely conclude that this bachelor boy is happy go single guy and love his freedom when it comes to relationships. Ooops! Sorry Girls.