Sharad Malhotra is a super-talented Indian film and television actor. He came in the eyes of media after portraying in the TV serial Banoo Mai Teri Dulhan in the year 2009. He is currently playing a role as Rishi for colors TV channel Kasam Tere Pyaar Ki. He was also chosen as Kolkata’s face of the year 2001 and following this, he attended various acting workshops. He was the very first male model in any jewelry campaign. 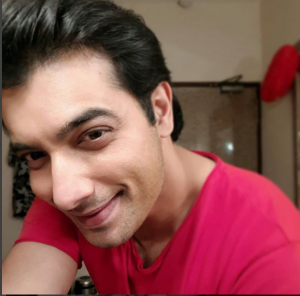 Sharad was born on 9th January, 1983 in Mumbai, Maharashtra, India. He is 34 years old. He had completed his graduation with bachelor of commerce from St. Xavier’s college in Kolkata. He is Hindu by religion and has an elder sister named Reema Pahwa. He loves to travel a lot and he do trekking and hiking. He belongs to a great family background and attracts everyone with his amazing acting skills.

In 2001, he was chosen as face of the year in Kolkata. After that, he attended many workshops in Kalawati academy with Samrat Mukherjee and Nishi Arora. He had done advertisements for National Insurance, life insurance Corporation and peerless insurance. Sharad Malhotra chiefly works in Hindi film and television. He made his on-screen big appearance by working in ‘India’s Best Cine stars Ki Khoj’ in year 2004 for Zee TV channel. He rose to renowned TV actor after portraying in TV serial ‘Banoo Main Teri Dulhan’ till 2009. He earned various awards for it. They were three Indian Telly Awards, Twice Zee Gold Awards and a Kalakar Awards for Best Actor. He is right now showing up in Colors TV Serial Kasam Tere Pyaar Ki since 2016 to Present as Rishi Singh Raj Singh Bedi.