Talented Sara Arfeen Khan is an Indian television host and film actress. With her incredible performances, she made herself a popular and highly paid successful actress.

Sara Arfeen Khan was born on 6th August 1989 in Mumbai, India. Her mother name is Mala Mansukhani who is a fashion designer. She has been very close to her mother and shares a special bond with her. 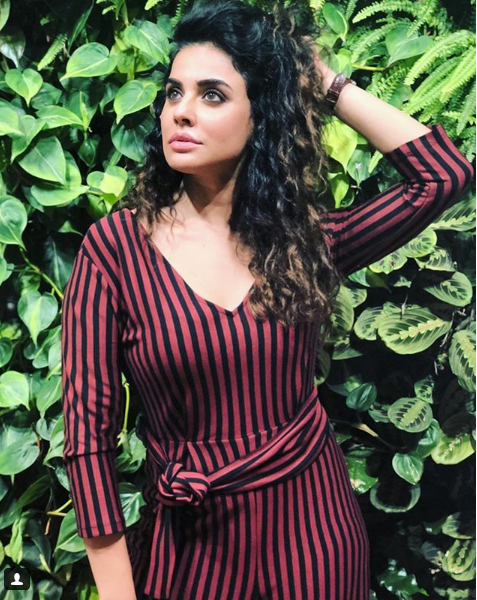 Sara begins her career in acting with serial ‘Dhoondh Legi Manzil Humein aired on Zee TV. Other than this, she has been featured in many popular TV shows such as C.I.D. Zindagi Wins, Dilli Wali Thakur Gurls, Kahi Suni, Jamai Raja, Love Ka Hai Intezzaar etc. She has also appeared in movies like Sargoshiyan, Total Siyappa, and Payback.

When Sara was offered the role in ‘Total Siyappa, she rejected the movie without even going through the script. Later when the script was made familiar with her, she accepted the proposal. After that she was seen in TV series ‘zindagi wins’ showcased on Bindass channel. Currently, she is working in two television series names ‘dili wali Thakur girls’ on &TV and ‘kahi suni’ on epic channel.

Love ka hai intezar is an Indian television program which is produced by Siddharth Malhotra. It has been showcased on star plus. In the show, Keith Sequeira and Sanjeeda Sheikh are playing the lead role. Sara Arfeen Khan is playing the negative role of Vijaylakshmi in the show.