Sakshi Dhoni is a beautiful wife of our cool Indian cricket team captain M.S Dhoni. She has been an integral part of Dhoni’s life. Recently, in the biopic of M.S Dhoni directed by Neeraj Pandey starring Sushant Singh Rajput, Kiara Advani, and Disha Patani, Kiara played the role of Sakshi Dhoni.  It was clearly seen that Sakshi is a lucky charm of Dhoni’s life as she supported him and encouraged him at every difficult step in his life. 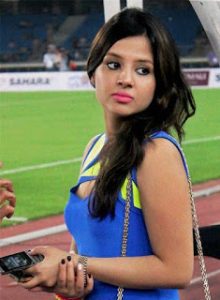 Gorgeous Sakshi Dhoni was born on 19 November 1988. She has been bought up in the ranch, the capital city of Bihar. Sakshi’s father is an executive director with the Kanoi Group’s binaguri tea company. Its corporate official office is situated on R N Mukherjee road and gardens are located in the doars and the terai.

It was also made clear that Sakshi’s grandfather worked as the divisional forest officer. Therefore, they had moved up to Dehradun for a long period of time. Sakshi Dhoni has completed her schooling from Welham Girls in Dehradun. Her graduation has been done from the popular institute of hotel management, Aurangabad. Sakshi has taken her training from Tej Bengal office from Kolkata.

Many were unaware of the truth that Sakshi’s father and Mahindra’s father were the colleagues in the same company. The first time when Sakshi met Dhoni was not known among many. She was introduced to Dhoni by their mutual friend Yudhajit Dutta. Though it was the last day of her training in the office but it was a remarkable one in her life. After their blossoming meeting, Dhoni asked for Sakshi’s number from Yudhajit and started texting her. Eventually, their relationship goes smoothly strong.  As the fate has decided Sakshi and Dhoni got hitched in July 2010, and now they have a cute little daughter.

SOME UNKNOWN FACTS ABOUT SAKSHI DHONI