Gorgeous Rehyna Malhotra is an Indian actress and model. The actress succeeded in making a special place in the millions of hearts with her negative role portrayed in the daily soap Ishqbaaz as ‘Swetlana’. Currently she is working in the TV show ‘Manmohini’. 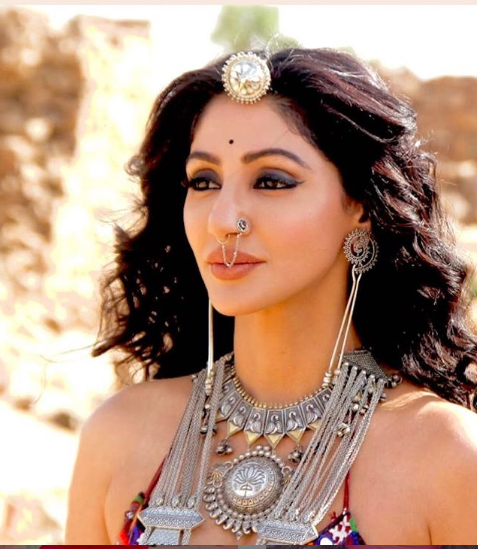 Rehnya was aspiring to become an actor since her childhood. She made her television debut in the year 2012 with the show ‘Jamai Raja’ aired on Zee TV. Rehnya Malhotra made her Bollywood debut with the movie ‘Babloo happy hai’. Along with this, she has also seen in the Sab TV drama ‘Icchapyaari Nagin’. She has also made a cameo appearance in the channel V show’ D-4 Get up and dance’. She is also a trained dancer in Jazz and classical and has won several inter school competitions. She loves dancing and sometimes even she bunked her maths class for dance. She was honored with Miss Hero Honda Contest and from there she started doing modeling and features in top brands for ramp walk. She has also worked in Telugu movies and songs.

Rehnya has completed her graduation from the Jyoti Niwas College, Bengalru. She has obtained the graduation degree in English communication. She was born on 26 September 1990 in Kashmir and spends most of her childhood in Nasik, Kolkata, Mysore and Bangalore.

Rehnya is much focused towards her television career and looking forward to make his reputation in movies a well. She is a follower of actresses like Priyanka Chopra, Deepika Padukone, and Sushmita Sen.

It was rumored that Rehnya Malhotra is a divorcee and a mother of a baby. After that she dated a businessman named Nitin for several years. She posted few pictures with Nitin on social media which create hype. However, she hasn’t conformed her relationship status.