Regina Cassandra(Actress) is known for appearance in Telugu, Tamil and Kannada films. She started anchoring when she was nine for Splash, a kids’ channel and then moved on to work in commercials. She also acted in several short films, most notably Balaji Mohan’s Kadhalil Sodhappuvadhu Yeppadi alongside Adith Arun, which was later made into a feature film in 2012 under the same name. The first Tamil Movie done by her was Kanda Naal Mudhal (2005) as Latha and Her Telugu Debut Shiva Manasulo Shruti (2012). Regina Cassandra has received SIIMA Award for Best Female Debut Actress. 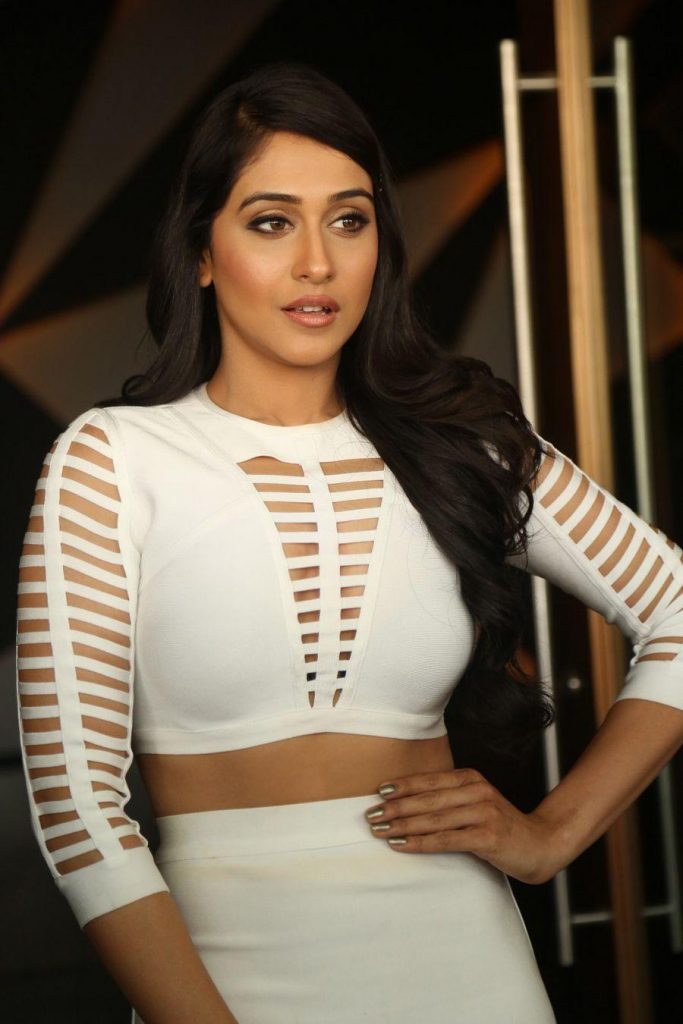 Regina was born in Chennai, Tamil Nadu, India on 13 December 1990. She completed Bachelor of Science in Psychology from Women’s Christian College, Chennai. Her father is from North India and his mother is from Karnataka. Her grandfather was Iyyengar who converted to Christianity and Grandmother was an Anglo-Indian from Goa.

Regina started anchoring, a kids’ channel when she was nine for Splash and then moved on to work in commercials. Aged 16, she shot for her first film, Kanda Naal Mudhal directed by V. Priya, which also starred Prasanna, Laila and Karthik Kumar. She then appeared in Azhagiya Asura alongside fellow newcomer Yogi which won good reviews. However the film’s low-key release meant that the film failed to gain attention, so she took time out from films and then went on to graduate in psychology from Women’s Christian College. She also acted in several short films during her break,  most notably Balaji Mohan’s Kadhalil Sodhappuvadhu Yeppadi alongside Adith Arun, which was later made into a feature film in 2012 under the same name.

Director K. M. Chaitanya took Regina in the kannada film Aa Dinagalu fame. She appeared in Shiva Manasulo in 2012 by Tatineni Sathya, which was a remake of the 2009 Tamil film Siva Manasula Sakthi. Later on, She acted Telugu romantic-comedy, Routine Love Story, alongside Sundeep Kishan,which she signed even before her first release in Telugu.

In 2013 she had two Tamil releases, Kedi Billa Killadi Ranga by Pandiraj, in which she was one of the two lead actresses, and Nirnayam in which she played a vital role. Although the former proved successful at the box office,she did not sign more films in Tamil and instead shifted her focus to Telugu films.In 2016, she starred in three Telugu films, Shourya opposite Manchu Manoj was opened to mixed reviews and was an average grosser at box office, followed by Jyo Achyutananda opposite Nara Rohit and Naga Shourya . She was in the nomination at SIIMA Award for Best Actress — Telugu and Shankara opposite Nara Rohit was opened to mixed reviews and failed at box office.

In 2017, she starred in three Tamil films & the first release was the hyperlink anthology Maanagaram opposite Sundeep Kishan, which opened to critical acclaim and was successful at the box office. It was followed by Saravanan Irukka Bayamaen opposite Udhayanidhi Stalin and Gemini Ganeshanum Suruli Raajanum opposite Atharvaa. Nakshatram opposite Sundeep Kishan opened to mixed reviews and underperformed at the box office. She has completed filming gothic horror Nenjam Marappathillai opposite S. J. Surya and Balakrishnudu opposite Nara Rohith and is currently filming Silukkuvarupatti Singam opposite Vishnu Vishal, Party opposite Jai and Mr. Chandramouli opposite Gautham Karthik.

As per sources, she was once in love with a Telugu hero, and he is making sure that she does have a handful of movies. On the other hand, close friends of Regina said that she already has a boyfriend Vikram Menon, and even went to Thailand on a romantic trip with him. But talking about today, there is no such information about her relationship status.