Rebel Wilson is an Australian Beautiful actress known for her comic roles. She appeared in numerous movies including Kristen Wig’s roommate in ‘Bridesmaids’ and the character Fat Amy in the ‘Pitch Perfect’ films. 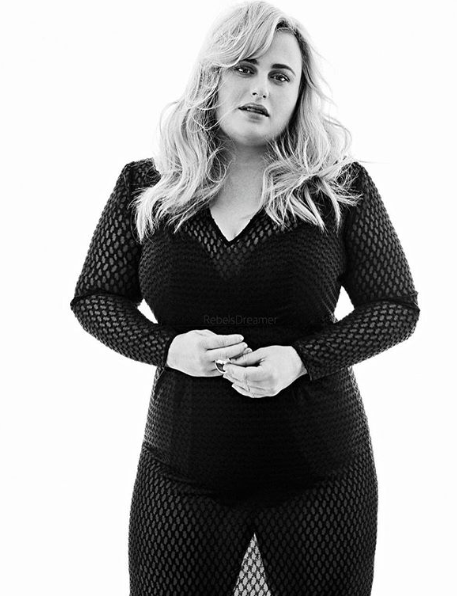 Rebel Wilson was born on 2 March 1980 in Sydney, New South Wales, Australia. She studied in the Tara Anglican School for Girls. After that, she moved to the University of new south Wales. After that she went to Australian Theatre for Young People, after which her career in acting initiated.

Wilson has three siblings, two sisters and one brother. She was quite shy in her childhood days but later on develops her interest in observing people and pursues her career in the comedy line.

Rebel Wilson went to New York for the scholarship given by Nicole Kidman right after completing her studies. She became popular for her stage roles and after that she pursues her career in the television series. She performed various characters in the Australian TV series ‘the wedge’ which covered almost two seasons. For the next few years, she appeared in many other TV shows like ‘Bogan Pride’ (2008), ‘Monster House’ (2006), ‘City Homicide’ (2009), and ‘Rules of Engagement’ (2010).

In the year 2013, she got a role in the American comedy show ‘super fun night’.  After that she also appeared in a supporting role in the black comedy crime film ‘pain and gain’. She hosted the 2013 MTV music awards.

In 2008, rebel Wilson appeared in an Australian comedy series known as ‘monster house’ which was aired on the Nine Network. The series worked only for one season with brilliant actors- Celia Ireland, Travis Cotton, Rebel Wilson, and Jody Kennedy. In 2012, Rebel Wilson got a supporting role in an American comedy movie ‘pitch perfect’. The movie was a blockbuster hit and received many positive comments.

In the animated adventure film, ‘Ice Age: Continental Drift’, Wilson played a voice role. The film was released on 13 July 2012 and got major success. It also became the highest animated film of the year.

AWARDS AND ACHIEVEMENTS OF REBEL WILSON