Ravi Teja is an Indian film actor known for his work in Telugu cinema. He is born as Ravi Shankar Raju Bhupatiraju on 26 January 1968.He is widely considered one of the most popular and highest paid actors of Telugu cinema, who has appeared in over sixty films. He won the Nandi Special Jury Award in 1999 and 2002 for his performance in the films Nee Kosam (1999) and Khadgam (2002) and also won the state Nandi Award for best actor for his film

Neninthe in 2008. He started his career as a supporting artist in Karthavyam (1990) and subsequently played small roles in the films Chaitanya (1991), Aaj Ka Goonda Raj (1992), Allari Priyudu (1993), Ninne Pelladata (1996) and Sindhooram (1997). Teja has also worked as an assistant director for several Telugu films. 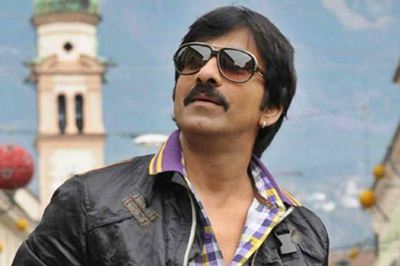 He was born to Raj Gopal Raju and Rajya Lakshmi Bhupatiraju in Kakinada, Andhra Pradesh, India.Teja ‘s father was a pharmacist and his mother was a homemaker. He is the eldest of three sons, the others being Bharath (died at June 24, 2017 in a car accident) and Raghu, who are also actors.Teja spent most of his childhood in Northern India because his father used to move very often due to his work. His schooling was in Jaipur, Delhi, Mumbai and Bhopal.He completed his schooling at N.S.M. Public School, Vijayawada. Later on he completed his Bachelors in Arts at Siddhartha Degree College, Vijayawada. In 1988 he went to Chennai to start his career in films

He is quite low-key person and maintained a healthy distance when it comes to his onscreen and off-screen life. After ‘Bengal Tiger’, the actor took a very long break and is said to be spending quality time with his family. He loves his wife kalyani teja and 2 beautiful kids. he never miss a chance to spend time with his family and also like to explore exotic destinations.