Gorgeous Prithi Ashwin is the wife of Indian cricket player Ravichandran Ashwin. She is a cricket lover and always proves to be a helping and supporting hand to her husband.

Prithi Narayanana was born on 26th may 1988 in Chennai, Tamil Nadu, and India. Prithi and Ravichandran Ashwin were friends since childhood. They both studied in the school together. Prithi has completed her schooling from Padma Seshadri Bala Bhavan School which is being situated in Chennai. After completing her primary education she went to SRM University where she studied B.Tech Information Technology. Ravichandran joined the SSN College of engineering and technology and studied the same subject there.

Their friendship from childhood turned into a love story during their college time. Prithi always showed confidence in her husband and supported him to follow his dreams and passion. Ashwin began playing for Tamil Nadu in the year 2006. He got a marvelous chance to play in the IPL which made him famous. Under the captaincy of Mahindra Singh Dhoni, he played from the team Chennai Super Kings. In the year 2010 Ashwin made his debut in the international cricket. As Ashwin was successful in establishing himself as a part of Indian cricket team, they both decided to take their relationship to the next level.

Prithi Narayana and Ashwin’s family met together to decide for their marriage. The couple got hitched on 13 November 2011. Later Ashwin emerged as a senior team player. The couple is blessed with a baby daughter named Akhira on 9 July 2015. Again they both gave birth to another daughter named Aadhya on 21 December 2016. 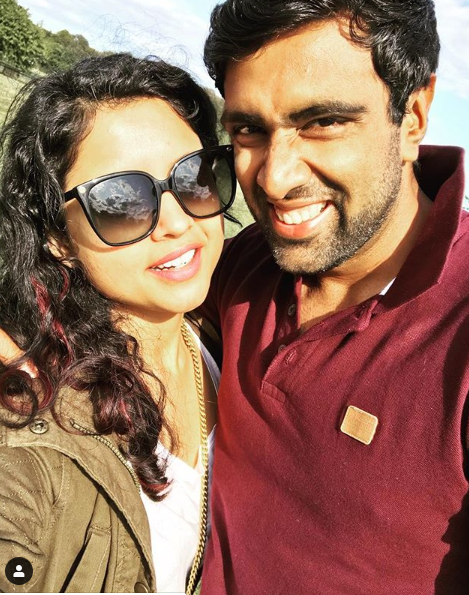