Preeti Kuntal is one of the contestants of Roadies Xtreme. As we all know, there were three candidates that were chosen from New Delhi for the next round of Roadies Xtreme 2018. The season is slightly different from previous ones as this time Raftaar is going to join the gang leader group. The MTV show season 2018 began from 18th February, 2018. Preeti Kuntal is the third contestant chosen from Delhi auditions. 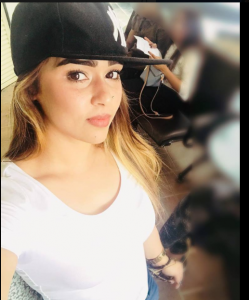 Preeti Kuntal was born in month of July and year 1992 and is 25 years old. She belongs to New Delhi and is extremely talented. Preeti is really a strong girl and faced lot of challenges at early age. She had the worst experience in her childhood when she was sexually abused by her own cousin at age of just 9 years. Also, her family had suffered a lot in the previous years. In 2016, her marriage got cancelled due to the dowry demands which her parents were not able to fulfill. When demonetization took place, her parents suffered a lot and backed off from the marriage due to which they faced a lot.

Preeti Kuntal was chosen for MTV show Roadies Xtreme 2018 among the three contestants during New Delhi auditions. She impressed the gang leaders consist of Prince Narula, Neha Dhupia, Raftaar, Nikhil Chinapa and Ranvijay Singh Sangha. She won the hearts of judges by her athlete act. She showed her stunning skills by lifting gang leader Prince Narula on her back. She completely justified herself as a gym freak girl. Also, she had participated in the Delhi State Power lifting championship and won the title. She loves to ride bikes and is an amazing power lifter. Her favorite move is squats and dead lifts.