Parul Gulati is a beautiful lady which hails from the tough city Rohtak. She was born in Rohtak, Indian. She is an extremely talented actress who primarily appears in Punjabi films. Her birth date is 6th august (years not known).She is a trained actor who has studied at Royal Academy of Dramatic Art (RADA), London. She has been seen as the lead actress in Punjabi films Burraahh (2012), Romeo Ranjha (2014) and Zorawar (2016). She studied acting at the Royal Academy Of Dramatic Arts (RADA), London in year 2013. She has been modeling for successful print and Television Campaigns. She has also worked in Regional-Movies. The actor that observes, feels and delivers in the same order. 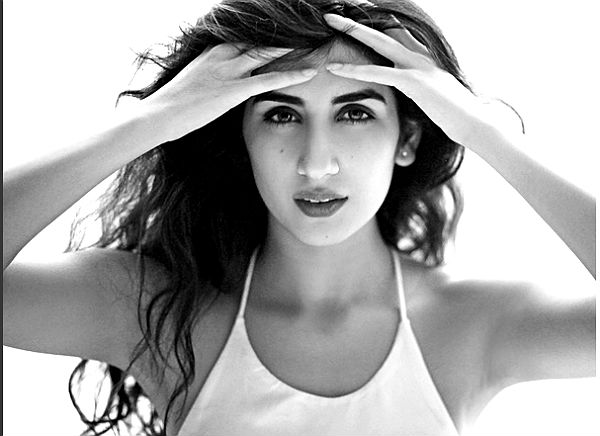 Her role in Burrraahh, in which she played the role of Rose. The film did quite well in Punjab and specially small sectors. “she makes it to the big screen for the first time and she makes it big”-this is what critics said after her perfomance. After Burrraahh, Gulati took a year’s break and finished her course at RADA, a drama school in London and also did some theater in Mumbai. Her second film was panned by the critics and didn’t work at the box office.
In 2016, she appeared in director Vinnil Markan’s film Zorawar as Jasleen opposite Yo Yo Honey Singh.The film opened to mixed reviews from critics but considering it was Singh’s comeback and not only that, it also became the highest grossing Punjabi film of the year.Gulati is next reported to appear in Divine Lovers opposite Irrfan Khan.
After a successful stint in Punjabi Films Gulati made her Television Debut with a finite TV Series P.O.W.- Bandi Yuddh Ke for Star Plus Directed by Nikkhil Advani. The show’s storyline is surrounded an official adaption of an Israeli TV series Hatufim. She plays the role of a Pakistani girl Afreen Who is married to a P.O.W , Parul got a lot of praise & appreciation for her portrayal of the Pakistani Urdu speaking girl , who despite being a woman in the burqa is very headstrong. In 2018 she appeared in a web series helmed by ALTBalaji Haq Se directed by Ken Ghosh she is playing the role of the fiery no-nonsense journalist Jannat Mirza. The character is the total rebel against the society age-old norms & she is fighting for justice & to uphold the dignity of women in the state of Kashmir. This web series is based on the classic novel little women by Louisa May Alcott into modern-day tale of Kashmir & Parul has essayed the role of Jo March.

In her recent interview she revealed that she always wants to play flawed characters, not be a quintessential heroine. When asked if she had any apprehensions of being part of a project with four female leads, Parul quipped, “Not all, I think all of us are heroines in this show. Also, I think we need to change the mindset and produce more projects on women together. Each one of us had an author-backed character.” Well! That’s speaks a lot for this actress that she believed to support and nurture womanhood in spite of just being jealous for someone good work.