Parineeti Chopra born is an Indian actress and singer who is one of the biggest and trending stars of Bollywood movies. She is born on 22 October 1988. She is well known actress in Bollywood because of her successful career and also to her cute looks. She initially aspired to pursue a career in investment banking, but after obtaining a triple honors degree in business, finance and economics from Manchester Business School she returned to India during the 2009 economic recession and joined Yash Raj Films as a public relations consultant. Later, she signed a deal with the company as an actress. 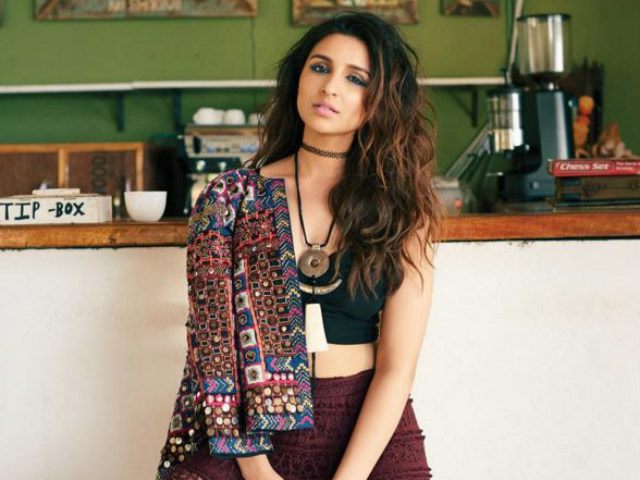 She was born on 22 October 1988 in Ambala, Haryana into a Punjabi family.Her father, Pawan Chopra, is a businessman and supplier to the Indian Army at Ambala Cantonment and her mother is Reena Chopra. She has two brothers: Shivang and Sahaj; actresses Priyanka Chopra, Meera Chopra and Mannara Chopra are her cousins.Chopra studied at the Convent of Jesus and Mary, Ambala. In an interview published in The Hindu, she revealed that she was a very good student and had always wanted to become an investment banker.

Parineeti Chopra made her acting debut with an acclaimed performance in the 2011 romantic comedy Ladies vs Ricky Bahl, winning the Filmfare Award for Best Female Debut and a Best Supporting Actress nomination. She proved herself to be the best in industry by choosing and performing roles in the box office hits— Ishaqzaade (2012), Shuddh Desi Romance (2013) and Hasee Toh Phasee (2014). The first of these won her the National Film Award – Special Mention while the first two of these earned her two nominations for the Filmfare Award for Best Actress. She starred in the blockbuster comedy Golmaal Again (2017) after a three-year hiatus from full-time acting. Golmaal Again is one of the highest-grossing Indian films of all time.

For years, Parineeti Chopra has remained mum on her relationship status. However, things have changed recently as the actress openly spoke about her relationship status in an interview. She has been linked to director Maneesh Sharma (of ‘Fan’ fame) from the time she stepped into this industry, but neither Maneesh nor Parineeti came out clear on their relationship. Talking about the same, the actress was quoted saying that she is totally open to the idea of being in love and that she has been single for years now. Well that’s quite a revelation, Parineeti!