Beautiful Neha Pendse is an Indian film and television actress. Along with performing in Hindi films, Neha has done many Marathi, Tamil, Telugu, Kannada, and Malayalam. She is very popular as one of the hottest actress in the Marathi entertainment industry.

Neha was born on 29th November 1984 and brought up in Mumbai, Maharashtra. She belongs to a Hindu Marathi family. Her father name is Vijay Pendse and her mother name is Shubhangi Pendse. She also has an elder sister. 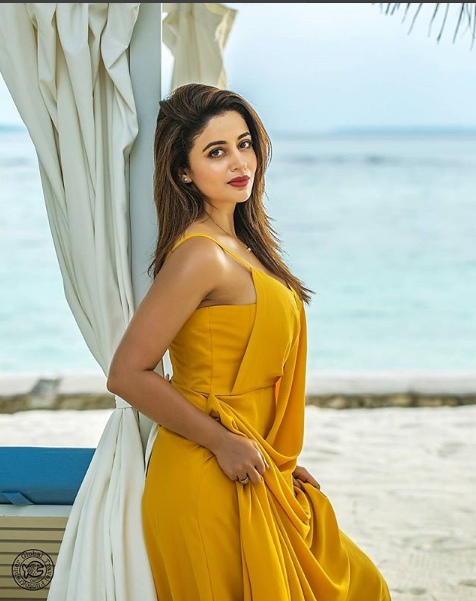 Neha has a passion for acting since childhood and she worked as a child artist in 1990’s. She first had seen in the TV serial ‘captain house’ in the year 1995. After that she acted the role of Sanjana Hiteshi in the television serial May I Come in Madam? Once she established herself in the acting industry, there are no chances of being looking back.

Followed by that, she appeared in many television commercials and movies of various languages. She has also appeared as a contestant in many reality shows and along with that, she has hosted some shows as well. In 2002, Neha tried her luck in Telugu industry with movie ‘sontham’. In the same year, she has debuted in Tamil movie ‘Mounam Pesiyadhe’. With the passage of time, she has appeared in item numbers in Marathi film- sharyat and Kurukshetra. In 2014, she performed in a Marathi film – premasathi coming sun for which she decreased about 15 kg of weight.

Neha Pendse is not making up hard to enter in controversial reality TV show ‘Bigg boss season 12’ as an active contestant. It has been said that she quit the show ‘partner trouble ho gayi double’ just to participate in Bigg Boss.

More such awesome biography you may like to read as