Mrunal Dusanis is basically from Nashik and  truly recognized face in Marathi television who has worked in daily soap in Marathi television. She was born on 20th June,1988. She gained a lot of popularity for her roles in Marathi Television Programs. She went to Maratha High School and went for futher studies in HPT college followed by doing her masters in Journalism.

Mrual career kick started from none other career with Ekta’s kapoor serial Majhiya Priyela Preet Kalena,followed by daily soap TU Tithe Me on Zee Martahi. While shooting “Tu Tithe Me“, she lives in Mumbai for long time to be the part of the show. Actor Chinmay Mandelkar was her co-star in this TV show. Her performance in these serials were huge hits among the audience. In Assar Sasar Surekh Bai she worked with Santosh Juvekar, which received good response. 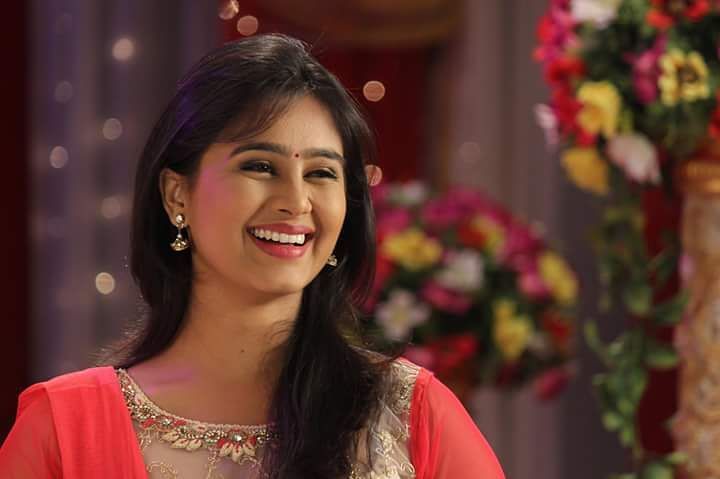 Mrunal Dusanis is basically from Nashik. Her birthplace is also Nashik. She was born on 20th June, 1988. She is currently 30 years old. There is no much information about her family but she got recently married to a software engineer.

Her career kicked start with Marathi small screen doing her debut with Majhiya Priyela Preet Kalena, which followed another TV series called Tu Tithe Me. Both of these TV series were considered to be among the popular daily soap over the leading Marathi TV channels.

Some of her popular TV series include Mazhiya Priyala Preet Kalena, Eka Peksha Ek Apsara Aali and Remote Maza where in she was the Anchor of the show. She worked with Santosh Juvekar in Assa Sasar Surekh Bai, which received good response. She visited US same year for the BMM 2015 Convention and glad to see a good Marathi audience base out there.

Talking about her personal life, she got married 2 years ago in February (2016) to Neeraj More who is a very Nobel man. The marriage was an arranged affair which took place at Pune. Neeraj Moreis a software engineer based in the United States(USA) and even Mrunal  was thinking to shift to US giving an end to her role in the TV series called Asa Sassar Surkh Bai.

During a program organised by ‘Maharashtra Mandal’ Mrunal met Neeraj at Los Angeles. Both kept in touch through phone calls and internet. They decided to get married, obviously with their parents’ permission after they became serious about their relationship,