Talented Mohit Sehgal is an Indian television actor and model. He came into limelight when he acted in the popular serial ‘miley jab hum tum’ in which he portrayed the character of ‘Samrat Shergill’. He has honored with galaxy TV awards for the show ‘Miley Jab Hum Tum’ in 2011. He has impressed the viewers with his utmost dedication towards his work and his charming looks. 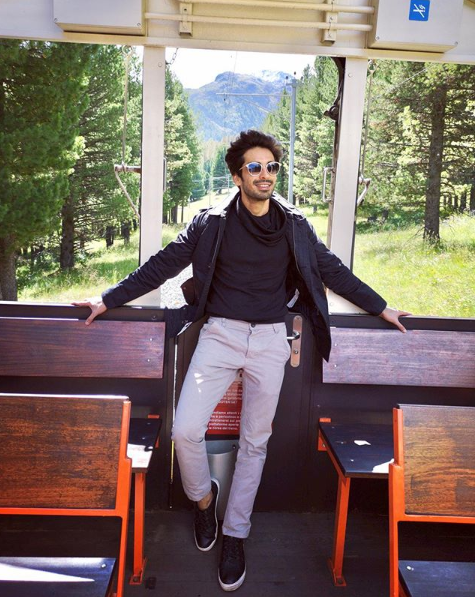 Mohit Sehgal was born on 3rd December 1985 in Chandigarh, India. He belongs to a Punjabi family and was grown up in Delhi. He has completed his schooling and graduation from Delhi. Mohit always wanted to become an actor since his childhood. As soon as he completed his graduation he joined the acting academy of Barry John. Mohit was seen in commercial ads of Dr. Batra’s and Maruti Zen Estilo, and print ads for Gatsby hair gel, Reliance P.C.O, Virgin Mobiles and some magazines. He likes to hang out in queen’s necklace at nariman point, Mumbai.

Mohit begins his acting career when he was 32 years old. He made his Bollywood debut with a short role in the movie ‘Delhi Heights’ in the year 2007. The movie starrer Jimmy Shergill and Neha Dhupia as lead characters. In 2015 Mohit performed the lead role in Zee TV’s series ‘Sarojini- Ek nayi pehel’. After that he moved to Indian dance reality show ‘zara nachke dikha’. Followed by this he appeared in many daily soaps including Mujhse Kuchch Khehti… Yeh Khamoshiyaan, Qubool Hain, Doli Armaano Ki, and Sarojini – Ek Nayi  Pehal. He has also participated in dance reality shows – Jhalak Dikhla Jaa 8 and Nach Baliye 8. He was lastly seen in this popular serial ‘love ka hai intezaar’ aired on Star plus.

Mohit Sehgal got hitched to his long time girlfriend and well known television actress Sanaya Irani on 25th January 2016. They both met on the sets of ‘miley jab hum tum’ where they were casted opposite to each other in lead roles. There they fell in love with each other but never spoke about their relationship in public. They finally disclosed about their love story after the show has been ended. They dated for about seven years and finally tied the knot in January.