Stunning actress Mira Rajput is a simple delhihite of 23 years old. She is a diehard fan of music and loves to listen both Bollywood and Hollywood. Her father name is Vikramaditya Rajput and her mother is Bela Rajput. Mira has two sisters and she falls in the middle. She is exceptionally attached to her mother and always takes her advice in each situation. Mira won the hearts of masses with her beautiful smile, gorgeous personality, and down to earth lovable nature. 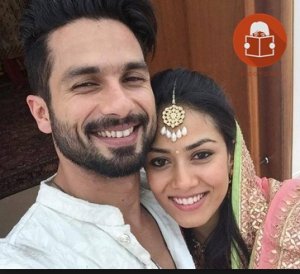 Mira Rajput was born on 7th September 1994. She belongs from a loving Punjabi family and bought up in Delhi. She came into eyes of the crowd after her marriage with star actor Shahid Kapoor.

She had completed her schooling at Vasant Valley School, Delhi and had been a meritorious student since the beginning. She has done English (HONS) from Lady Shri Ram College, Delhi. She also had done an internship program form USA. It is also known that Mira had secured 10th rank in CATE which is an entrance exam for DU.

Mira is a very stay in you type of person and does not like to hang out with everyone usually. She is popular among her colleagues because of her smart and intelligent nature. She is a huge fan of Salman Khan and she never missed any of his movies. She likes many western singers like Avril Lavigne, Beyonce, and Demi Lovato along with Bollywood composers.

Mira’s past relationship came into the limelight once she tied the knot with Shahid Kapoor. She had dated with her friend Aditya Lal from Vasant valley school. It was rumored that they were frantically enamored with each other and spotted together a few times. After some time they had a mutual break up and went on their ways.

The couple got hitched on 7th July 2015 in Gurgaon and it was a secret wedding when invitations were sent to close relatives only. Her family was very closely related to Shahid. After her marriage, she became a famous hot star on social media. Shahid and Mira met first time at Radha Swami’s Satsang in Delhi.  It was popular all over that Shahid proposed Mira with a solitary ring of worth 23 lakhs. Though the wedding was small but they throw a grand reception with over 500 guests. He also arranged a reception for all the close friends from Bollywood industry on 12th July 2015.

MIRA AND SHAHID were BLESSED WITH A LITTLE PRINCESS ‘MISHA’:

Almost after a year of their happy wedding, Mira gave birth to a baby daughter on 27 August 2016. They named her as ‘Misha’ which mean godlike in the Russian language. Misha was born healthy with a normal weight of 2.8 kilos. Mira generally posts pictures of her little princess on Instagram. Both Mira and Shahid are very mesmerized with their little baby girl.

Shahid and Mira make a romantic and charming couple and we wish them a happy married life.