Manasi Parekh Gohil is a super talented Indian actress and singer. She came into the eyes of everyone after she portrays in Star Plus serial ‘Gulaal’. She had worked with various other TV channels such as MTV India, Zee TV, and Star Plus, Sony, star one etc. she impressed the audience with her amazing acting and singing skills. She also won the singing reality show on Zee TV and gained popularity. 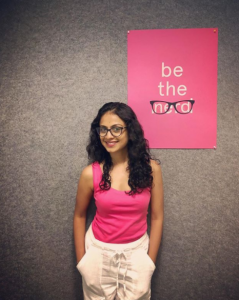 The elegant actress and singer were born on 10th July 1986 in Ahmadabad, India.  Her father Mahesh Parekh is a businessman and her mother Manisha Parekh is a tuition teacher and housewife. She is the only daughter of her parents. She had completed her schooling from J. B. Vachcha High School for Paris Girls and then completed her graduation with a B.A in English Literature from St. Xavier’s College, Mumbai. She learned and got training in classical music under her Guru Shrimati Madhubala Chawla and Shri Shrikant Waiker from the Gandharva Sangeet Vidyalaya and completed her Visharad in Hindustani music. She has also trained in the Stanislavsky method at the Lee Strasberg Theatre and Film School, New York.

When Manasi was pursuing her graduation, her love for acting began and she decided to become an actress. Then she got herself indulged in the college productions and started participating as actor-singer. Manasi began to contribute in Indian Television industry since her college days. She made her debut in the TV show ‘Kitni Mast Hai Zindagi’. She also participated in the Zee TV reality singing show ‘Star Ya Rockstar’ and secured the first position. She gained popularity after portraying in the Star Plus prime time show ‘Gulaal’. She acted stunningly in the show and impressed audience with her acting skills. She also appeared in shows like 9X’s Remote Control and Star One’s Laughter Ke Phatke.

Manasi also made in Hindi cinema with her debut in Yeh Kaisi Life which got premiered at IFFI festival in Goa. Manasi also gave vocals in movies of Sanjay Leela Bhansali film ‘Devdas’.

Manasi Parekh got hitched with Bollywood famous singer Parthiv Gohil who has contributed her voice n many movies such as Devdas. They met on the sets of SA RE GA MA PA and from there, their love story begin. Parthiv was the host of the show and Manasi was the contestant. They both were passionate about singing and Parthiv mentioned about Manasi “We first met on the sets of Sa Re Ga Ma on Alpha Gujarati. I was the host and she, a contestant. What really struck me was that despite her education at an English-medium school in Mumbai, she could sing traditional Gujarati songs quite effortlessly. She was true to her roots and, at the same time, extremely vivacious. Manasi is a perfect blend of tradition and modernity.” They gave everyone couple goals and on November 28, 2016 they got blessed with a baby girl and named her Nirvi.