Beautiful Kriti Kharbanda is an Indian film actress and model. She has a lot of talent and done flawlessly Tamil, Telugu and Kannada movies. The actress is now ruling the Bollywood with her incredible talent and blockbuster performances. 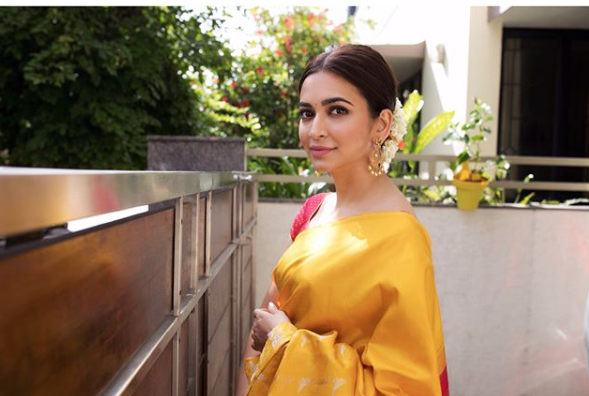 Kriti has completed her primary education from Baldwin Girls High School. After that, she attended Sri Bhagawan Mahaveer Jain College to pursue her graduation. Since childhood, Kriti was involved in modeling. She also got the opportunity to work in advertisements as a child actress and indulge in all programmers in school and college days. Along with that, she has also done a diploma in jewelry designing.

Kriti had made her debut in acting with the film ‘boni’ in 2009. In 2014, she has performed in a Kannada film ‘super ranga’. She has also received SIMA award for best actress for this movie. Kriti has been the most demanding women and one of the hottest girls in Bangalore in 2016. She has acted in many films such as Mr. Nookayya, Prem Adda, Om 3D and many more. She made her first Bollywood debut with the film ‘Raaz Reboot’ opposite to Emran Hashmi.

In the year 2016 Kriti has performed in two Bollywood movies, the comedy-drama ‘Guest in London’ and romantic film ‘Shaadi Me Zaroor Aana’.

Kriti kharbanda is very much concerned about her fitness and health. She do her workout and yoga in the vanity van because she always remains busy and do not get enough time to go to the private gym or hire a personal instructor. So she arranges all the required equipment in the vanity van itself and she also remains indulge in some fun physical activities like ‘kasratbazzi’. Kriti is a foodie girl too and burns all her calories with yoga and gymming in the vanity van.

Earlier, the actress was reported to be in a relationship with actor Sumanth Kumar. They were together for about four years. However, Kriti never accepted this relationship among public and denied stating that we were just friends. In 2016 she moved on and dated Gaurav Arora. Gaurav played the role of Kriti’s husband in the movie ‘Raaz Reboot’.