Kenny Sebastian also called Kenneth Sebastian is a popular comedian, filmmaker, and a musician. The hack behind his astonishing performances in the above fields is he has a lot of stories to tell.

This Malayali boy was very curious about filmmaking since his school days. Not owning a camera he went a step ahead by borrowing one from a friend and started shooting at the age of 15.

He was always a student of art. He completed his bachelor’s in painting and meanwhile experimented with Theatre, Music, and Comedy. By the time Kenny turned 23, he had already directed 12 short films and 2 feature films. 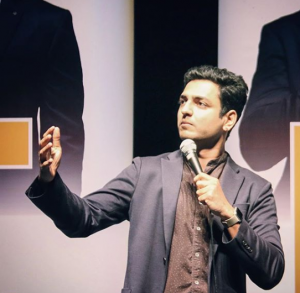 THE ENCOUNTER WITH COMEDY

Kenny Sebastian always had a thing for the stage. He was very quickly attracted to one when he was only 19. He attended a stand-up comedy competition in IIT-Mumbai and it turned out great. After having tasted the success in that competition, Kenny felt that it is his way out for future. He has a smart and enthusiastic soul which has given him immense success. In such young age, Kenny has a great contribution to changing the face of Comedy in India. From his first YouTube video “9 Hours to live”, he became a familiar face on the Internet and then never looked back ever since.

More Such Awesome Biography Article you May like as