Elegant Kajal Aggarwal is a popular Indian film actress who is mostly seen in Tamil and Telugu movies. She is an incredibly talented actress who has given a number of successful movies including Magadheera (2009), Darling (2010), Brindavanam (2010), etc.

Kajal Aggarwal was born on 19 June 1985 in Mumbai, Maharashtra, India. She belongs to a middle class baniya family. Her father Vinay Aggarwal is an entrepreneur and her mother Suman Aggarwal is a confectioner. Her younger sister Nisha Aggarwal is also a south Indian actress. 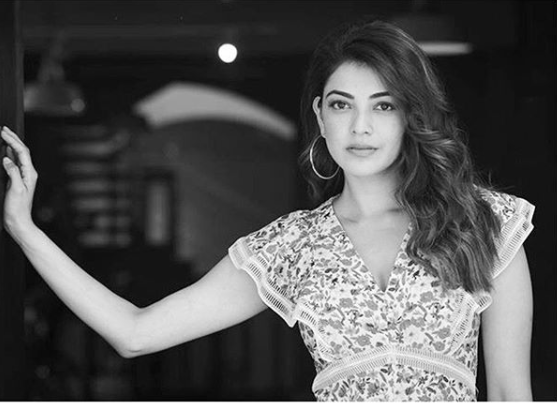 Kajal has completed her schooling from St. Anne’s High School, Mumbai and pre-university course (10+2) from Jai Hind College, Mumbai. She obtained the degree of graduation in mass communication with specialization in advertising and marketing from Kishinchand Chellaram College, Mumbai.

As soon as she completed her studies she went for modeling and shoot ads for various commercial brands. She made her entry in Bollywood with the movie ‘Kyun! Ho Gaya na!’ in which she played a supporting role as Diya’s friend. After that movie she got the opportunity to play a lead role of Lakshmi opposite to actor Kalyan Ram in the Telugu movie Lakshmi Kalyanam (2007) directed by popular director Teja.

The sad thing was the movie didn’t perform well on box office. Then she acted the lead role of Mahalakshmi in Krishna Vamsi’s Telugu film Chandamama in the year 2007. The movie gained a huge collection at box office and with that Kajal got a lot of fame and appreciation. Besides a great actress she is also a trained dancer and has a melodious voice. She has also done numerous ads like Lux, Samsung Mobile, Panasonic, Green Trends, etc.

Kajal has been honored with great number of awards like:

More article on Celebrity Biography you May like as