Jasmine Bhasin is an Indian actress and former fashion model. She became popular with her mind blowing role in zee TV show ‘tashan-e-ishq as Twinkle Taneja. 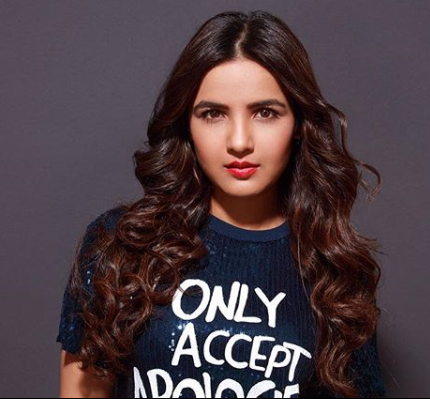 Jasmin Bhasin is 27 years old and was born on 28 June 1990 in Kota, Rajasthan, India. She is a model who born in India but later moved to Mumbai for her career. She has completed her graduation in hospitality. Then she got a job in Taj palace, Delhi. Jasmin is a very open minded girl who takes up her decisions on her own. She doesn’t take her decisions according to her parent’s choice.

Firstly, she was invited in the auditions of ‘Rockstar’ directed by the krish’s director.’ In 2014, she performed in a Kannada movie ‘karodapathi. Jasmine acted in colors TV show ‘dil se dil tak’ in 2017 as lead role of ‘thanni’. She had first acted in a Tamil movie ‘vaanam’ from where she began her film career. She has also acted flawlessly in various other films including “Beware of Dongs, Dillunnodu, and Veta, Ladies & gentlemen and Jil Jung Juk.

She has also appeared in many commercial ads such as Dabur Gulabari, Odonil, Himalaya Neem Face Wash, Colgate, and McDonald, Chennai diamonds, Pepsi and White X-Detergent etc. She was one of the popular lead casts and played the role of a college girl because of her sharp features and cute looks.

Jasmin remains very active on social media and keep posting her pictures with her current boyfriend Suraj Wadhwa. However, she does not speak about her relationship in the public openly.

More Such Biography you may like to read are