Ishita Sharma is an Indian television actress. She entered in the film industry as well. She had done many Bollywood and Tamil films. She is a professional Kathak and belly dancer. Her acting skills are stunning and are appreciated by the audience. She has also done an advertisement of LIC. Her performance is really commendable. 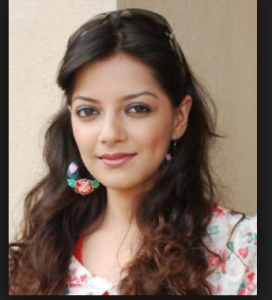 Ishita Sharma was born on 8th February 1990 in Gaya, India. She is presently 28 years old. She had completed her schooling from Lilavatibai Podar high school in Mumbai and college from national college, Mumbai. She pursued her further studies in psychology and literature field. Also, she got her master’s degree in human development.  She belongs to a film family background and this drives her interest in acting. Her father is a film director and mother is an actress in film industry. She is extremely talented and is acquired with stunning acting and dancing skills. She is one of the best actresses in film industry and television.

Ishita Sharma basically belongs to south Asian ethnicity but has Indian nationality. She had begin her career doing theatre and television show in her childhood. She had acted in Shaka Laka Boom Boom. Then she made her first debut film in year 2007 in English movie ‘Lions of Punjab’.  Along with this, Ishita Sharma worked in Indian movies and portrayed in Dil Dosti etc., Shahrukh khan’s starred film ‘Dulha mil Gya’. Later on, she played the role of ‘Anji’ in serial ‘Kuch to log Kahenge’. She also hosted the reality show ‘Dance India Dance’ on Zee television with co-host Jai Bhanushali. She also started her own foundation ‘ISHITA SHARMA FOUNDATION’ to help the under-privileged girls through providing self defense training to them.

Ishita Sharma got hitched with the actor’ Mohit Chadha’. She came close to ‘Mohit Chadha’ while she was hosting the show ‘DID season 4’ with Jai Bhanushali. Then they decided to tie the knot and got married in 2011. Mohit Chadha and Ishita Sharma both worked together I the film Dulha Mil Gya. They supported and complimented each other in the movie. Ishita Sharma in her interview mentioned that she is extremely happy with her husband Mohit and they share a great bond with each other.

More Awesome Article you may like to read as