Perhaps no one heard of Hima Das before a couple of days before. Until she finished ahead of Andrea Miklos of Romania and USA’s Taylor Manson in the U-20 Athletic Championship in Finland. She won gold in doing so and became the first Indian woman athlete to win a gold at the world event. She won the gold in the 400m IAAF World Under 20 Athletic Championship currently underway in Finland by clocking a speed of 51.46 seconds.

We thought of sharing her life with our readers so that it will be an inspiration for our would be athletes. 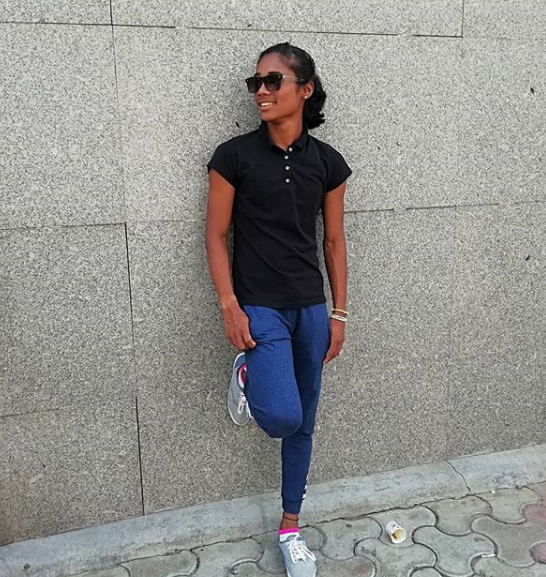 Born on 9 January, 2000 – she is from Nagaon in the Indian state of Assam. It would be interesting to note that during the initial days of her life she used to play football with the boys and aspired to be a football player to represent India. However, the fate had different plans and ultimately she made a career in Athletics and today made Indians proud.

The Early Life of Hima Das

Hima was born to Ronjit and Jomali Das and is the youngest among the six children that the couple had. A daughter of the rice farmer from the Dhing village in the Nagaon district, she was advised by the local coach to divert her attention to athletics.

In fact, meeting the coach Nipon Das at an inter district meet was what changed her life. Nipon Das who is a athletics coach at the Directorate Sports and Youth Affairs persuaded her and her parents to shift to Guwahati so that she can build a career in athletics. She was then admitted to the state sports academy. It should an honour for her that the academy started a new wing for athletics because of her entry, which till then was focussed on football and boxing.

The Performances of Hima Das

Her best performance has been what has made her a household name – winning the gold at  Women’s 400m at World U-20 Championships 2018 at Tampere, Finland. She could overtake three competitors in the final leg of 80 meters with a final clocking of 51.46 sec to attain gold in the event.

Shae has also taken part in the 2018 Commonwealth Games in the 400m and 4×400 m relay. In the 400m, she had qualified for the finals and stood sixth in the final with 51.32 sec. It was just 1.17 sec less than the gold medallist. Incidentally, the 51.32 sec in 400m is here personal best in a World event. However, she had improved her performance in the state level competitions clocking 51.13 seconds at the National Inter-State Championships in Guwahati. In the 4x400m relay, she was part of the Indian team that played in the finals and finished seventh.

For Hima, her coach Nipon Das has been the constant source of encouragement. He keeps asking her to dream big. In fact, he is overwhelmed by her success at the world event.

He says he had been preparing her for the relay team in the Asian Games. She has now surpassed all the expectations that were made of her. Winning an individual event is always a huge achievement in itself and as such this should be the right beginning that the teenager has been able to get.

In fact, we do not see many runners hailing from Assam. There may be a few exceptions, but a teenager from the region making to the hall of fame and becoming an overnight success story should pave a way for more such budding athletes from the state.

Apart from being the first woman athlete to have won gold at a World Level championship, she is also the only Indian (men or women) to be winning a gold in a track even in a world event so far.

I Don’t Know Why people are Searching fot Hima Das caste So Sad of it ??