Popularly known as ‘Gulfam Kali’, Falguni Rajani is a television actress. The actress came into limelight with her role in the famous show ‘Bhabhi Ji Ghar Pe Hai’. 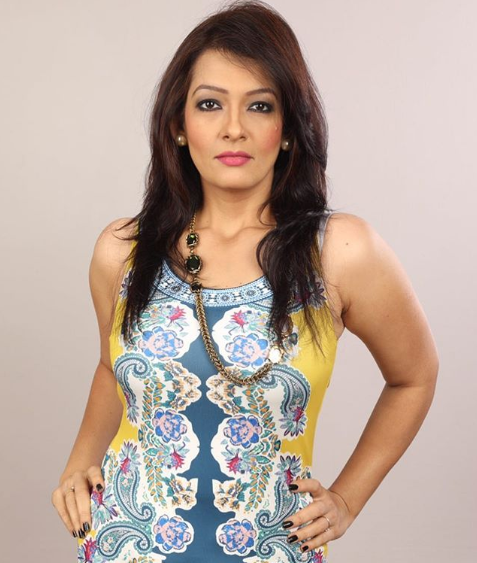 Falguni Rajani was born on 5 February 1975. She was bought up in Mumbai, Maharashtra. Her mother name is Devyanshi. She belongs to a Hindu family. She has two younger sisters – Payal and Sheetal. She completed her schooling from New English School, Vasai West, and Maharashtra. After that she pursued B.A from Vartak College, Vasai. When she was in her 11th standard, her father passed away. From then, she started doing some sort of job along with her studies in order to support her family financially.

The career life of Falguni Rajani stared when she went on to advertisement agency to return her friend’s picture. That was the lucky day in her life as she got the opportunity to act in the television industry. She accepted the offer without a doubt and there onwards she started her acting. With that she also completed her MBA. She did her first Gujarati film ‘Gujjubhai the great’ in the year 2015. In the same year, she made her Bollywood debut with the movie ‘Yaara Silly Silly’. Following by that she did ‘biwi.com’ and ‘cash on delivery.  Along with movies, she has also appeared in Guajarati and Hindi shows like ‘I love you 2’ and LAAV HATHEDI SHYAM DAUN’.

SOME UNKNOWN FACTS ABOUT FALGUNI RAJANI

More such biography you may like to read as –