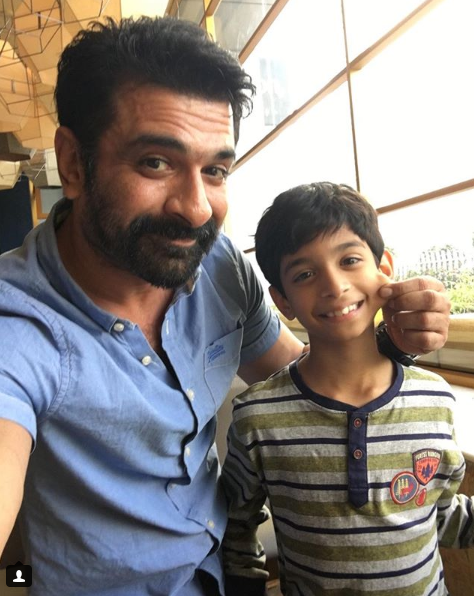 Eijaz Khan was born on 28 August 1975 in Hyderabad, Telangana, India. He has two siblings, a brother and sister but both are younger to him. He and his brother lived with his father in Mumbai while his sister and his mother lived in Hyderabad. His parents were separated when he was three years old. His mother expired in 1991 and at that time he got to meet his sister when she was 13 year old.

He has completed his schooling from ‘Our Lady of Perpetual Succor High School’ located in Chembur in Chennai. After that he received his graduation degree in civil engineering from Dutta Megha College of Engineering. Initially Eijaz started his career in family business of shock absorbers until he developed his interest in acting.

Eijaz began his acting career when he moved to Mumbai. He got opportunities to work in Ekta Kapoor serials like. He has also appeared in many television commercials such as Breeze, Chloromint, TVS Victor, BSNL etc. Eijaz also got chance to work in music videos like ‘Leena O Leena’, ‘Ho Gaya Ho Gaya’, ‘Nachche Saari Raat’, ‘Patang Wali Dor’, ‘Kehdu Tumhein’ etc. He is also a known face in movies like ‘Just Married’, ‘Kiss Kiss Bang Bang’ and he played a lead role in ‘Meerabai Not Out’.

Eijaz Khan has played the role of ‘mukhi’ in the serial ‘yeh moh moh Ke dhaage’ showcased on Sony TV. In the serial, Mukhi loved ‘Sanvi’ but he has to marry some another girl due to family pressure. On the other hand, Sanvi also got married to some other men. Later on Sanvi comes to love in the same colony where Mukhi lives.