Beautiful Dipika Kakar is an Indian television actress who came into limelight with her popular serial ‘Sasural Simar Ka’. In this serial, she portrayed the role of Simar Prem Bhardwaj and her acting was appreciated by all.

Dipika Kakar was born on 6th August 1986 in Pune, Maharashtra, India. She belongs to a Khatri family. Her father is an army officer and her mother is a housewife.  Dipika has two elder sisters whom she loves a lot. She has a keen interest of dancing and acting since the beginning. She always aspires to become an actress. 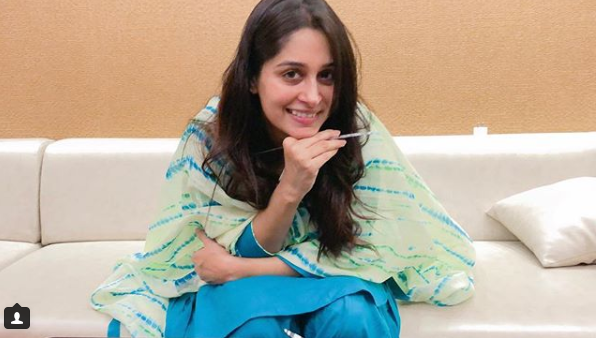 Dipika has completed her primary schooling from CBSE board and later on completed her graduate studies from the University of Mumbai, Mumbai. As soon as she finished the studies she got placed as an Air Hostess with Jet Airways and worked there for near three years. After some time she got some health issues due to which she has to leave the job. It was the time she entered into the entertainment industry and led her career towards acting. She made huge efforts to realize her dream. She got her first opportunity to work in the TV serial ‘Neer Bhare Tere Naina Devi. It was said that she will enter in Bollywood with the film Paltan by J.P Dutta.

Dipika has made guest appearances in dance reality show Jhalak Dikhla Jaa Season 7 in the year 2014. She has also seen on the comedy show Comedy Nights with Kapil in 2015. Along with her husband, she participated as a contestant in Jhalak Dikhla Jaa season 8. In 2017 she did another reality show ‘Nach Baliye season 8’ with her partner Shoaib Ibrahim. She reached to the top 4 finalists on the show with her tremendous dancing. She has also been a part of the reality show ‘entertainment ki Raat’.

Dipika got hitched with the handsome actor Shoaib Ibrahim on 22 February 2018. She was earlier married to a flight attendant Raunak Samson but soon got divorced in 2012.

Dipika Kakar is now currently making as a contestant in Bigg Boss 12. Her fans were really surprised to see her appearance in this reality show. On the big boss last night episode, her husband recited a romantic Shayari for her and lifts her in his arms in front of host Salman Khan to depict his love. They both hugged each other before saying good bye to each other for a couple of months.

More Such Biography you May love to read like