Darshan Raval is quite a popular name in these days among youngsters. He was born on 18 October 1994. He is an Indian playback singer, songwriter, performer, and composer. He basically hails from Ahmedabad, India. He gained much popularity when he first came to prominence as a contestant on the Indian reality show India’s Raw Star. Later he became known from his performances in Bollywood also. He likes to sing his own composed songs. He was selected as Ahmedabad Times Most Desirable Man of 2017. Raval as a person is very close to his family and friends. He never misses a chance to spent time with as most of his friends belongs to the television Industry. 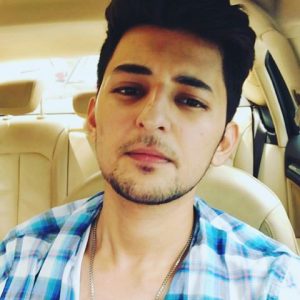 Darshan Raval started his career at a very young age when he started his own musically band- DipZip band. His journey towards big screen started with Star plus reality show “India’s Raw Star” which has given him new heights of success. After that, he composed and sung may songs like meri pheli mohabbat, Gulabi Ankhein,Badal Barse, Bekhudi tumse,Jeena Jeena,phela varsad, Main Woh Chaand (2016) From Teraa Suroor 2 Movie, Akele hain to kya gum h etc. He also sung a friendship song with Suyash ray who he also a singer, composer, cricketer and actor.

He was Ahemdabad’s Most desirable man of 2017. On winning this title , he said. “it feels amazing. I have been checking the Most Desirable polls happening nationally and winning it from my home town surely feels like a dream come true! This has certainly given a boost to my confidence as a composer and strengthens my faith in my fans, who are like my extended family. In fact, I learnt about my nomination because of them – they started posting about it on social media and I would say it is their love that has made it possible for me to win this poll from the list of many prominent names from across Gujarat.” With his statement we can totally judge that he was truly amazed with the title and could not thank enough to the people who have supported him to reach here

DARSHAN RAVAL WANTS TO BE AN ACTOR

After showing his musical talent in films including “Prem Ratan Dhan Payo” and “Sanam Teri Kasam,”  Raval is going to make acting debut with a Gujarati film. In his recent interview he said, “I have signed a Gujarati film. It will be shot in the US and UK besides India. I have sung in films ‘Prem Ratan Dhan Payo’, ‘Sanam Teri Kasam’, but after pursuing my passion in music, I want to do acting now,” Raval told PTI. He said he was studying engineering but dropped out to pursue his passion, music and acting. “I have no regret on giving up studies. My aim is to become a singer and actor. If you are clear about your goal, it is not impossible to achieve,” he said.