If you’re an Internet freak, there stands no chance that you haven’t heard of the very famous YouTube sensation Bhuvan Bam, the hutiyapa guy and his channel “BB Ki Vines” or Bencho. His channel has millions of subscribers and viewers considering very strong engagement of audience through it. BB in the name “BB ki vines” strictly refers to his initials and has no other specific meaning. Bhuvan has always enjoyed being a comedian and loves to entertain people since his childhood. As of now, being a comedian and a YouTuber has given him an impressive number of supporters and huge fan following over the entire social media and Internet. 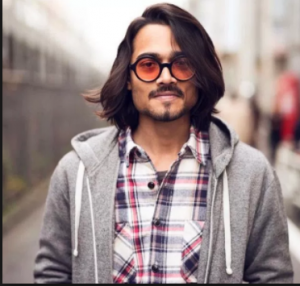 THE MAKING OF BB KI VINES

Bhuvan was always into singing, composing and instrumenting. In his initial days, he spent a great deal of time singing at bars in New Delhi. His highly famed YouTube channel “BB KI Vines” was founded accidentally while once he was experimenting with his front camera. It has been a blessing ever since.

Bhuvan’s first video “The Chakhna Issue” back then in 2014, however, didn’t do well and had received only 10-15 views. Although he deleted that video, later it was re-uploaded by his fans.

WHAT’S SO SPECIAL ABOUT HIM?

The only ingredient of his amusing popularity is his originality and exceptional content drafting skills. He relates day to day familiar consequences and weaves stories from real personal experiences. At IIT Delhi, during the TEDx Talks, he talked about how one’s uniqueness and originality is the key to make dreams come true.

THE MUCH NEEDED COLLABORATIONS

Apart from his own compositions, he has always believed in stepping ahead holding hands with those who matter. His very own and tremendously encouraged collaboration with TVF (The Viral Fever) has stunned his fans like always. The video “Bhootiyapa Bachelors Vs Ghost” was much loved and attracted a great number of viewers. He then proceeded to the next video of “TVF Bachelors” followed by “Bachelors Vs Landlord ft. BB Ki Vines”, where Bhuvan played the lead role.

He even collaborated with the YouTube’s biggest Channel AIB (All India Bakchod) and once again created history.

Being much popular among youngsters of India, Pakistan, and Bangladesh, Bhuvan then created his social profiles. As of now, Bhuvan Bam has more than 6 million followers on the Facebook page of “BB KI Vines” and around 3.6 million on his official Instagram page.

Talking about YouTube, Bhuvan is currently having over 6.2 million subscribers with 832 million average watches on his YouTube videos.

In the year 2017, January 29th, Bhuvan Bam became the first person to ever reach 2 million subscribers on a single YouTube Channel.

THE HUNT FOR PASSION

The time before his popularity and comedy videos was fully engrossed within his passion for music composition. Back then, he not only pursued singing and music composition as a hobby but also earned a good fortune from it. He often used to deliver live performances and compose original songs written by him.

He also has a separate channel for music on YouTube named “Bhuvan Bam Official” founded in the year 2009 which is still active and receives a noticeable amount of viewers.