Avneet Kaur is an Indian actress and dancer. She was born in the land of Punjab(Jalandhar) on 13 October 2001 in Jalandhar, Punjab, India. She has passed her sixth class from DAV Public School, Jalandhar, Punjab, India. She is currently pursuing her tenth class studies at Oxford Public School, Mumbai. She is very fond of social media as she always keep updating some new videos and photos. She is also very active user Musically and has a huge fan following. 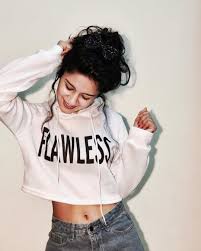 Avneet is very close to her family and her family also never fails to support her for her career in television and film line. Her father is name is unknown. Her mother name is Harpreet Kaur. His brother name is Jagjit singh. She gained quite a popularity at such young age and her parents are very proud of that.

Avneet Kaur started her career with Dance India Dance Li’l Masters as a contestant. She also participated in another DID series titled, Dance Ke Superstars. Kaur made her acting debut with the soap opera Meri Maa playing the character Jhilmil. Later, she also took part in a comedy series entitled Tedhe Hain Par Tere Mere Hain. In June 2012, she participated in the fifth season of a dance reality show, Jhalak Dikhhla Jaa.

She has also seen playing lead role In 2012 where she portrayed in the television series Savitri as young Rajkumari Damyanti, and the 2013 television show Ek Mutthi Aasmaan as young Paakhi Kapoor. Kaur started her filming career with the 2014 Hindi film Mardaani in the role of Meera as a neice of rani mukherjee. Her last appearance on television was in the 2014 TV series Hamari Sister Didi as Khushi. She was recently seen as Rajkumari Charumati,Rajkumar Bindhusar’s first wife,in Chandra Nandini.

She has lots of male friends as she really likes spending time with her mates. But there is no information about her life yet

Avneet Kaur is very fond of social media as she never lose a chance to update her profile. We have seen her quite a times making musically videos which is a video social network app for video creation and live to broadcast with her co-stars, friends and family. Users can create 15-second to 1-minute videos and choose soundtracks through this app and Kaur loves doing that. Her social media popularity is quite a hot topic among most of the Tv celebrities these days.