Arshi Khan is the most astonishing and stunning girl in India. She came into the limelight after her appearing in the eleventh season of the big boss. Big boss proved to be the turning point of her life and after it; she secured the position of second most searched entertainer of 2017. 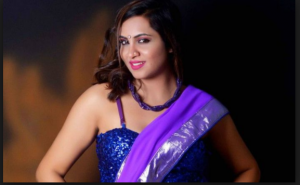 Arshi Khan was born in Afghanistan on 28th November 1989 and came to India at an age of 4yrs. She migrated to Bhopal in India with her family. She completed her schooling and college from the same city. Arshi Khan was keenly interested in theatre since her childhood and wanted to become a popular actress.  She migrated to Mumbai with her only purpose of becoming an actress and it was the only reason. Eventually, she got the opportunity to meet well-known leaders and personalities which helped her to kick off her career in acting.

Arshi khan was full of energy for theatre from her childhood. She commenced her journey by performing theatre in Bhopal. After completing her college in Bhopal, then she shifted to Mumbai for pursuing further her career in acting. There, she got a chance to meet the much known director Janab Ehsaan Chishti and also a chance to work in a Tamil movie. She did her first 4D Bollywood motion picture named ‘the last empire’ and she superbly acted in her initial movie. She has been chosen as a contestant for the big boss which is the most controversial reality show of the television.

Arshi khan was in the news for dating with the Pakistani cricketer Shahid Afridi. Moreover, she frightened three Indian cricketers namely MS Dhoni, Virat Kohli and Suresh Raina to sexual assault in case so that they couldn’t win the T-20 world cup. She was most at the spotlight for her dating with Shahid Afridi and was rumored that she spent a secret holiday with him in Dubai.  She completely opposed this statement and stated that she frequently visits Dubai as most of her friends and relatives reside there. It appears that she was dating Shahid but she never confessed the statement that they were in the relationship.

Arshi khan is an amazing Bollywood model and she was mainly starred in Tamil movies. She played a very interesting role in her recent movie ‘the Last Empire’. Along with Tamil movies, she also marked herself in Bollywood through its bold features and hot look. She was known as the controversial queen. She grabbed the attention of the people when she entered in the big boss house.  She was the hottest contestant in the house and was able to impress the hearts of masses with her elegant and bold look.