Arjun Coomaraswamy aka Arjun is a Sri Lankan/ British Song Writer, Singer, Record producer and artist who came into knowledge by his online performances. Having worked on numerous Soundtracks and remixes, Arjun established himself as the most popular and commercial playback singer. 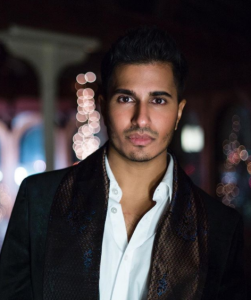 Arjun is often known as Multi-Instrumentalist as he expertizes in various musical instruments such as Guitar, piano, bass, drums, and flute. He has been tremendously encouraged by his singing and beat-boxing talents.

Arjun is signed with T Series and by the date, he has been featured in a good number of songs such as Just Friends, Remember Tonight, Same Girl, Vampire, Frozen, SUIT, Sanam Ho Ja, Akhiyan to name a few.

Arjun achieved all this fame for his exceptional formula of fusion of contemporary Western and Eastern sounds, combining R&B with the South Indian Music elements.

Arjun has a wide history of career highlights. In 2011, his R&B remix “How could you do this to me?” of a Tamil hit “Why This Kolaveri Di” attracted millions of viewers on YouTube. It soon became viral and was featured on TV channels including CNN, NDTV, and Star News all around the world. Later on, his two singles made it into the first ever “Asian Beats Charts” on the UK Television. “Stargazer”, one of his singles was voted number 2nd by an Asian Artist after A.R. Rahman’s “Super Heavy” being on 1st.

After having signed with T Series album, Arjun released his first single “I’ll be Waiting” which was charted at number 1 on the iTunes India Chart.

Arjun came into limelight when he followed an R&B cover version of “Why This Kolaveri Di”, which was uploaded on YouTube in Dec 2011. It received 12.8 million views on YouTube.

Arjun’s YouTube views have currently hit 250 million, making him the most viewed UK Asian Artist and Singer. His Social Media fan following is immensely large. He has over 1,603,757 Facebook fans, 312,000 Instagram Followers, and over 110k Twitter Followers.