Arabinda Muduli belonged to Orissa and was a famous Odia musician, singer and an amazing lyricist. He had impressed the audience with his phenomenal and devotional songs and won the hearts of many people of Orissa and elsewhere. 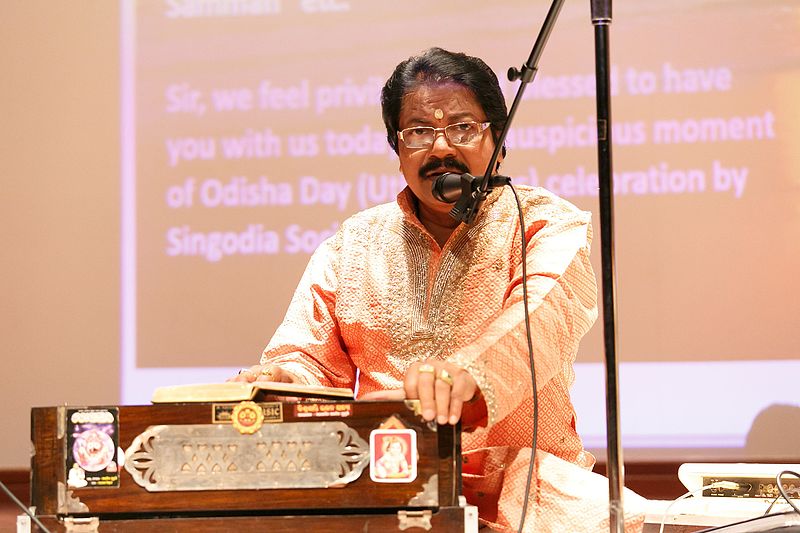 Muduli was born on 1st September 1961. His birthplace is Khanate, Khordha district, Odisha, India. He was a devotee of another remarkable Bhajan singer Bhikari Bal.

Muduli was a follower of Lord Jagannath and he had sung only bhajans. In order to keep his devotion going, he refused to all the commercial opportunities which he got in his life. He was very much interested in singing Bhajans since his childhood.

In 1985 he begin his career from Saradhabali Bhajan Samaroha and he v=became eminent for the song “Bali Kheluthile Nanda Suta Kala Kanhei”. This song was a major event in his life which provided him the identity in Odisha.

He had been a Bhajan maestro who sung over 3000 songs in his life, Muduli would be remembered for his hit bhajans like “Kala Saante Acha Kemante” and “Jaga Pain Niti Mali Phula”.

He got appreciation for his splendid performance as awards. He won two awards during his entire lifetime.  He got “Swar Srikshetra”, at the lion gate of Jagannath temple, Puri by the Governor of Odisha. He also got Certificate of appreciation, Mumbai Odia Mahasangh, 2013

Legendry Odia Bhajan singer Arabinda Muduli passed on 1st march, 2018, Friday morning, when he was just 56.  Doctors declared Cardiac Arrest as major cause of his death.

When Muduli complained about his chest pain, he was taken to the hospital immediately but immediately, he took a breath for the last time while he was getting admitted there. Several well known personalities, including Chief Minister Naveen Patnaik commiserated on the death of Muduli. Patnaik also expressed his grief at the passing away of such wonderful singer and sympathized with the bereaved family.