ANERI VAJANI a talented Indian television actress who came into limelight with her show ‘Beyhadh’ showcased on Sony TV. 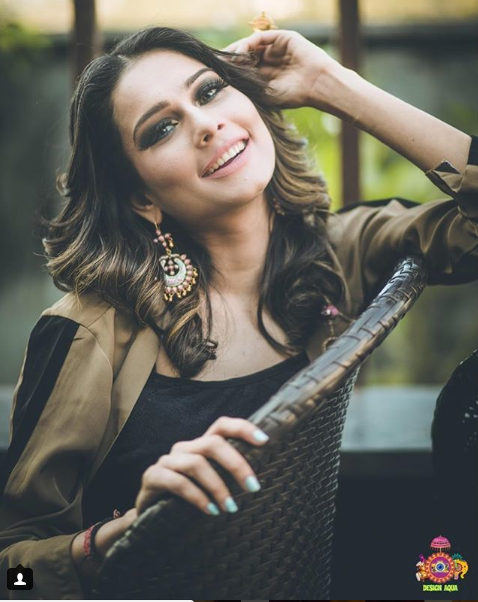 She was born on 26th March 1993. She basically belongs from Gujarat but was born and brought up in Mumbai, Maharashtra. She has two siblings- a younger sister and a brother. Her father name is Devesh Vajani and her mother is Urmilla Vajani. She has completed her schooling from Seth Juggilal Poddar Academy, Mumbai. After that, she pursued her graduation from Kishinchand Chellaram College, Mumbai.

Aneri has started her career journey in the year 2012 and since that time she has been working hard. She has made her television debut with the star plus show ‘ Kaali- A Punar Avatar’. She portrayed the character of Paakhi that was loved by all. Next, she appeared in channel V show ‘ Crazy Stupid Ishq’ in which she played the role of the lead actress named ‘Shanaaya’. Despite being busy with her shooting, she somehow managed to act in the lead role of the ‘yeh hai Aashiqui’ season 4 aired on Bindaas. Her incredibly brilliant performance in the star plus show ‘ Nisha Aur Uske Cousins’ as Nisha should be counted.

She has won the award for the category of ‘Best Beti’ in the star parivaar awards of 2015. Along with this, she was also nominated for the award of ‘Fresh New Face Female’ in the Indian Telly Awards.