Talented Amrapali Dubey is an Indian television and Bhojpuri film actress. Her acting skills are highly appreciated in the Bhojpuri film industry. 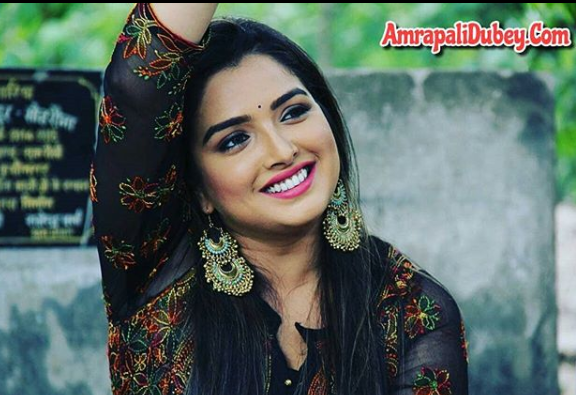 Amrapali Dubey was born on 11 January 1987 in Gorakhpur, Uttar Pradesh, India.  She belongs to an Indian middle-class family. She shifted to Mumbai with her grandfather and completed her graduation from Bhavan’s College.

Earlier Amrapali wants to pursue her career as a doctor but when she moved to Mumbai, she developed her interest in the acting field and went to Bhojpuri cinema.

Amrapali made her debut in the Bhojpuri cinema with the film Nirahua Hindustani in 2014. She played the role of ‘sona’ opposite to Bhojpuri jubilee star ‘dinesh Lal yadav’. She has dome almost 20 Bhojpuri films and contributed as a well-established actress in Bhojpuri cinema.

She has also worked in television serials such as ‘rehna hai Teri palkon Ki chaon me’ showcased on NDTV Imagine. Her performance was praised by the people in Saat Phere and Mayka aired on ZEE TV. One of her marvelous performance for which she is highly appreciated was ‘haunted nights aired on Sahara one. She had honored with the best actress award for ‘nirahua Hindustani’ at Bhojpuri international film awards, 2015.