Aksha Pardasany is an Indian actress and model who have acted in films and also done various commercial. She has acted in Telugu films such as Yuvatha, Ride, and Kandireega. It might be quite shocking for few as she hails from a Sindhi background. We know that you did not expect that. She attended the Bombay Scottish School, where she completed her 12th standard. Aksha Pardasany was born on November 08, 1991. 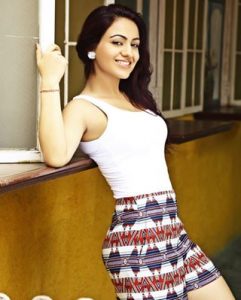 Aksha Pardasany was born on November 08, 1991 (age 26). Her Birthplace is India and she currently resides in Mumbai, INDIA. There is no much information about her family background as she likes to keep personal life behind the flashing industry. Aksha likes spending most of her time with her family when she is not working. She always remains more excited about the character she is playing in the movie than the movie itself. (That does not mean that she is not excited about the movie)

Aksha was very determined about her acting career. During her 5th class year, she began modeling and has since acted in approximately 75 commercials.She made her debut in Malayalam Goal, where the director of Yuvatha spotted her and signed her for one of the lead roles in his films. She finished working on Goal while she was in the 10th class. She appeared as a guest in a song for Malayalam film titled Bangles. After a span of two years, she appeared in Telugu film Bengal Tiger in a cameo role. Latest movies in which Aksha Pardasany has acted are Love U Family, Radha, Mental, Dr. Saleem, and Salim etc.

There is no much information about Aksha Pardsany Love life.