After a sparkling career as the head of the kitchen brigade for globally recognized chains Marriott and Starwood, Ajay Chopra is one of the fine names known worldwide to represent India’s taste and long cultural dynasty to the World Outside, a pride of India and its dreamer in the food department. After successfully hosting food shows on two of India’s leading television channels that is Hi-tea and Chop Chop Chopra. But the shows were based on learning cooking mantra from Chopra. He has also hosted one of the well-known shows “MASTERCHEF INDIA” on Starplus. Chef Ajay Chopra has reinvented himself and now taking on the role of the entrepreneur in the brick and mortar world and is building his personal brand in the digital space. 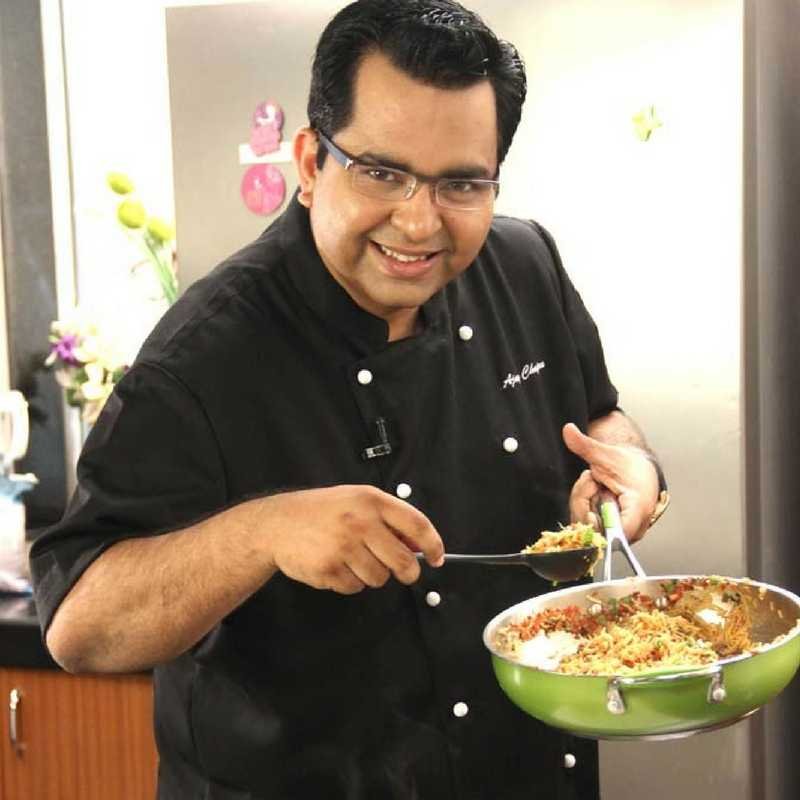 Ajay Chopra born in middle-class Punjabi family. His date of birth is 10th April 1964. He is a family man as he loves spending time with kids and wife. He loves singing and even call himself a passionate singer who also loves travelling and capture pictures in his camera.

Ajay began his career with the Cecil Oberoi in Shimla. He then joined the Oberoi Center for Learning and Development (OCLD) from where he completed the culinary and management training program, graduating as a gold medalist. His first assignment As a chef, his first assignment was at Kandahar, the Indian specialty restaurant at the Oberoi New Delhi. After his stint in Delhi, Ajay moved to the J.W Marriott in Mumbai as the chef de cuisine of Lotus Cafe, the busiest and the largest coffee shop of Mumbai. Ajay then headed to Saffron at the JW as the chef de cuisine which is a hub of ‘A’ listed Bollywood celebrity bellies like Amitabh Bachan, Akshay Kumar, Ajay Devgan, Saif Ali Khan and many more. After a ten-year stint in India, Ajay decided to venture west and reached London.
In London, Ajay took up the position of the executive head chef of the acclaimed Mint Leaf chain of restaurants. Already regarded as the benchmark for Modern and Indian fine dining, the chain, under his stewardship, rose to new culinary heights in Indian cuisine. Mint Leaf has enjoyed critical acclaim over the last 7 years, for its ability to re-interpret classic Indian dishes in a contemporary fashion. During his culinary sojourn in the UK, Ajay was voted one of the eight best Indian chefs of London.
On returning to India he took up the position of executive chef of The Westin Mumbai Garden City. Chef Ajay Chopra brings a refreshing approach to the food scene in India having worked in London and with his knowledge of the international restaurant trends,

He is one happy married man who loves his small family comprises of wife Amrita and two beautiful boys Akshat & Ashish. Ajay never fails to show his love towards family and organize small trips to exotic places to explore more with his family.